I recently decided to try out the latest puzzle game from Zachtronics called Shenzhen I/O. A friend of mine had recommended it to me after I had sent him a link to an interesting video of a guy building his own iPhone in Shenzhen, China. 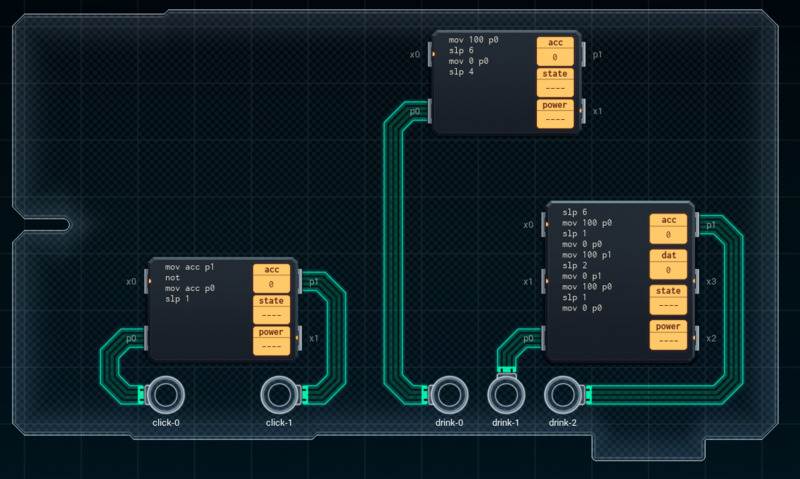 An example of a Shenzhen I/O puzzle

In Shenzhen I/O you take the role of a British electronics engineer who after having a hard time finding employment in the UK decided to go work in China. The point of the game is to design circuits for electronic devices ranging from neon-displays to cryptocurrency ATMs. Every designing assignment is a puzzle of its own and you solve them by fitting the circuitry in very limited space and programming the processors with a simple assembly-like language.

The approach to teaching the mechanisms of the game is interesting. In the game itself there’s hardly any information given to the player at the start of the game and instead, all the instructions are in a pdf manual provided with the game. The game, however, makes getting started a bit easier by keeping the couple first puzzles very simple and limiting the number of components at the player’s disposal. The pdf manual is awesome as it’s not just a manual for the player but instead, it’s an artefact from the game world itself. The game suggests printing the manual out and putting it into a binder for proper immersion, which I did. 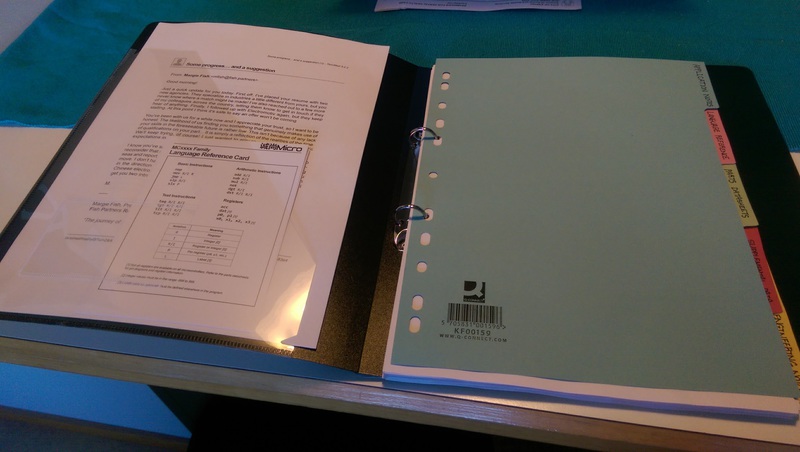 Later in the game, the puzzles start to get more difficult and you run into the limits of your resources. Space is your most valuable resource as the processors take a lot of space and connecting them is difficult when you have many of them. Also, the number of lines of code that you can fit into a processor is very small. 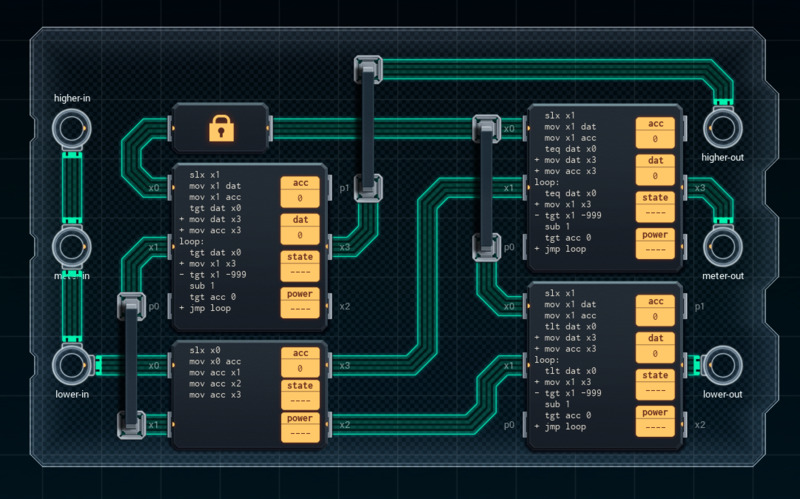 An example of a much harder puzzle

The assembly-like language used in the game is also interesting and deserves a special mention. I don’t want to go in depth here about its intrigues, but I might write a separate post about it later.

In conclusion, I highly recommend Shenzhen I/O. Even for someone like me who codes all the day at work, it’s possible to find great joy in developing fictional gizmos for a fictional company in the evening. Shenzhen I/O is available for Windows, Linux and OSX on Steam for 14.99€.

Think about the new guy Chatbots made easy with Dialogflow